The Castle Palace is located on a hill that dominates San Leonardo. Juan Manrique de Lara had it built in 1563 with a license from King Felipe II. This work was designed by Don Juan Manrique himself along with Bartolomé Carlone.

It is a bastioned fortress from the Renaissance period, whose interior was decorated with rich and sumptuous ornaments and the exterior was prepared to repel attacks with a firearm, with thicker and more resistant bulwarks. Unique sample of the castles of the time, its peculiar layout and construction made it a model for many other contemporaries built in America and an unparalleled example of Renaissance military architecture.

The palace, with a rectangular base, with an interior patio and two floors, overlooks the exterior of the fortress not only with large windows, unlike a castle and originally decorated with classical moldings, of which some remains have appeared, but above all, for the classic cover, which over the years has been reinterpreted thanks to the remains found.

It seems that the courtyard was piled up as evidenced by the remains of Doric pilasters and capitals found, and what could have been the chapel retains its plan and gable. It has four bastions at its four corners made up of a square on the diagonal.

You can still see the remains of a doorway arranged in a flat arch on façade columns, in the style of the latest trend in Italian art of the s. XVI, mannerism. Currently it is in a state of deterioration and ruin and for more than two centuries it has served as a quarry.

The stones and cornices of this castle can be seen in numerous houses in the town, as well as in the upper part of the church bell tower and in the fountain in the square. 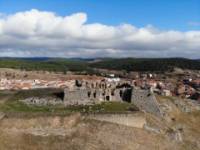 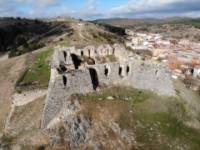 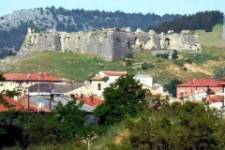 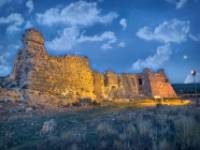 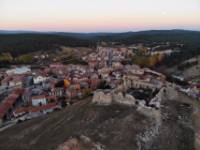