The village of Campo del Agua, in the municipality of Villafranca del Bierzo, is known for its pallozas. It also covers the spaces of El Regueiral and Las Valiñas. It is a set of popular architecture of unique value, whose most striking construction is the palloza, coexists alongside other additional constructions such as haystacks, stables and granaries. Campo del Agua has traditionally been a town of pallozas used by the inhabitants of the area as one of the bases of their transhumant life system. In the autumn its inhabitants moved to spend the winter in the nearby town of Aira da Pedra and in the spring they returned so that the cattle had the best pastures and at the same time recovered agricultural crops. In Las Valiñas and El Regueiral, granite and straw constructions also predominate, they are located just on the road that ascends to Campo del Agua. 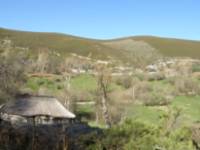 High resolution image. This link will open using lightbox, there may be a context switch
Campo del Agua 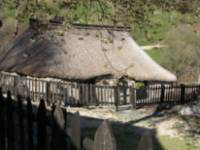