The most extensive set of caves in the Iberian Peninsule.

Karstic group of buildings with nearly 100 kilometers of route originated by Guareña and Trema Rivers which run through its inside. It is the most extensive set of caves of the Iberian Peninsula.

The samples of cave painting of the Sala de las Pinturas, the engravings of the Cueva del Kaite and the footprints in the Sala de las Huellas stand out. Parietal engravings, strokes of chalk, and a piece of carved wood have appeared.

These finds demonstrate that the settlers of this area, at the beginning of the Metal Age, used the most difficult access cavities to the group of buildings as a sanctuary for rituals. One of the gateways of the caves of Ojo Guareña is the hermitage and cave dedicated to San Tirso and San Bernabe. 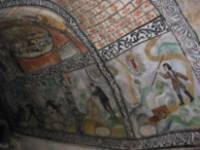 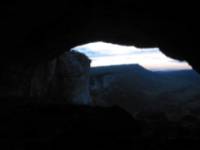