The archaeological zone of Valcuevo (Los Castros and El Alba) represents the oldest vestiges of human settlement in the Villalazán district. This site has great importance, part of the remains corresponding to the Roman camp of Albocela or Albocella (with a chronology from the 1st century BC to the 3rd AD), discovered in 1992, but the bulk of them, the most important of the time Roman ruins in Zamora, could correspond according to some scholars to the old mansio and civitas of Ocelo Durii.

Two other enclaves belonging to different chronological periods have been documented in the surroundings of this great site. These are: Valcuevo (Final Bronze and from the I Iron Age) -Los Castros (I and II Iron Age); Alba II, Plenomedieval necropolis.

In Alba, a small boar, ceramics, a monolithic sarcophagus and other elements were discovered, which today are deposited in the Provincial Museum of Zamora and which, together with archaeological materials, architectural remains and those for agri-food use, made the researchers suppose that they could be before the remains of the ancient city of Arbocela. In the archaeological intervention, numerous rooms made of masonry were found, of which one of them has led us to think that it may be a thermal complex from the 2nd and 3rd centuries. Although possibly the enclave was used until the IV-V centuries.

Thanks to the excavations and studies carried out on this site, together with the Petavonium camp in Rosinos de Vidriales, it comes to be considered one of the most relevant enclaves, from Roman times, in the province. This space was declared a site of cultural interest as an archaeological zone in 1994. 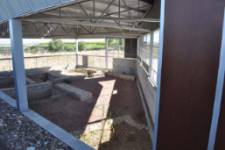 High resolution image. This link will open using lightbox, there may be a context switch
Villalazán El Alba General 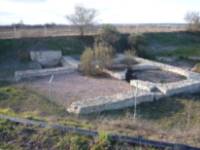 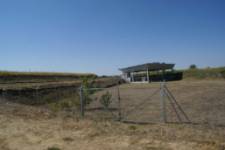 High resolution image. This link will open using lightbox, there may be a context switch
Villalazán El Alba Aérea 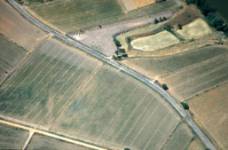