Its uniqueness is given both by the unusual of its dimensions, with an area of 23 hectares.

The Neolithic fortified settlement of Labradas

Occupying part of the municipal districts of Arrabalde and Villaferrueña, Castro de las Labradas is located, at the top of the Sierra de Carpurias, dominating a wide space on the Eria river plain, in the Sierra de Carpurias, and is the largest fortified town from the Astur era in Zamora. It has been occupied since the Bronze Age, but its peak corresponds to the end of the Iron Age and the Romanization of these lands.


The town was surrounded by several lines of wall with entrance doors to the enclosure, one of which is rebuilt. Its uniqueness is given both by its unusual dimensions, with a perimeter of 2,500 meters and an area of ¿¿23 hectares, and by the exceptional nature of its defensive structures. Its two splendid treasures, made up mainly of large gold jewels and deposited in the Provincial Museum, are probably the richest of those found so far in the entire Peninsula.


It has a strategic location that served as a refuge for the Asturians in the presence of the Roman legions, who controlled their movements from the nearby Petavonium camp (Rosinos de Vidriales), propitiating the abandonment of the castro occupation in the imperial era.


In the building of the old schools, the Castro de las Labradas Archaeological Classroom is enabled, a space that, through explanatory panels and reproductions of archaeological pieces, will allow us to know the ways of life of the early Asturians who inhabited the Castro late 1st century BC. 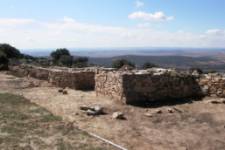 High resolution image. This link will open using lightbox, there may be a context switch
Arrabalde Castro Labradas Vista General 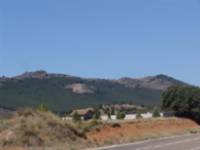 High resolution image. This link will open using lightbox, there may be a context switch
Arrabalde Castro Labradas Recreación P I Recinto 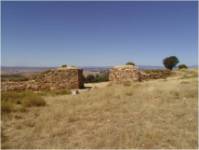 High resolution image. This link will open using lightbox, there may be a context switch
Arrabalde Castro Labradas Tesoro 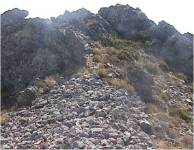