Two large cisterns stand out, which probably served to supply a small garrison of the Roman army stationed in the vicinity. These two cisterns from Roman times, which used to store rainwater, have a capacity of 400,000 cubic meters, are rectangular in shape and are crowned by a barrel vault. Everything from the construction has been preserved except the covers. They are unique and exceptional in the Peninsula. Since its discovery it has been a benchmark in all publications and studies related to hydraulics in Roman times.

The place was frequented from the Chalcolithic era to the Bronze Age, between 2000 and 800 BC. C., becoming a permanent occupation town during the First Iron Age, dating from the 8th and 5th centuries BC. C., and housing, from the following century, an occupation of the Vacceas people. It was already depopulated somewhat before the change of era, perhaps due to the process of Roman conquest in the northern Meseta. The Roman hydraulic structures identified in the Teso de la Mora would correspond to the High Imperial Roman period. Additionally, numerous remains of populations from the Iron Age have been found.

The cisterns of the Teso de la Mora de Molacillos are the only ones found so far outside of Roman urban contexts, hence their importance, since it seems that they were erected towards the change of era and that they were abandoned in the middle of the 1st century BC. Everything seems to indicate that the cisterns were kept in perfect use only for about 40 or 50 years, disappearing when the needs that motivated their construction did, that is, once the northwest of the peninsula had been controlled by Rome and the military contingents from the main roads.

The Junta de Castilla y León carried out the cleaning, consolidation and enclosure in addition to the construction of a roof and installation of information panels that allow interpreting some deposits of special importance, since only two others are known with certain parallelism, one in the Roman city of Uxama, in Soria, and another in Andalusia.

In February 2021, the declaration of the Roman castro and cisterns of Teso de la Mora, in the municipalities of Molacillos, Torres del Carrizal and Benegiles, was approved as a Site of Cultural Interest with the category of Archaeological Zone. This is located to the north of the town of Molacillos, for the most part in its municipal area, although a small part of it is in the municipalities of Benegiles and Torres del Carrizal. The declaration of the archaeological zone affects an area of ¿¿118 hectares. 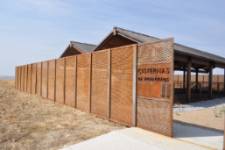 High resolution image. This link will open using lightbox, there may be a context switch
Molacillos Cisternas Interior 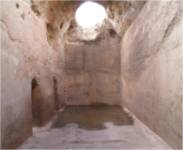 High resolution image. This link will open using lightbox, there may be a context switch
Molacillos Cisternas General 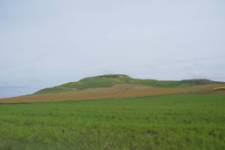