The oldest remains belong to the ruins of the camp known as Sansueña.

It is a part of the route across the valleys of Zamora, Vidriales, Orbigo and Eria.

Two watchtowers, one of the gateway and a fence have been rebuilt, allowing the tourist visits to the camp. The strategic interest of Vidriales valley in the wars against the people of Cantabria made that many occupations followed in it.

At the end of the century I BC, the Legio X Gemina settles building a big rectangular camp of which we hardly known archaeological data . 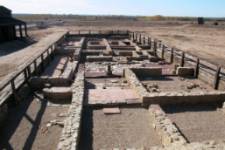 High resolution image. This link will open using lightbox, there may be a context switch
Petavonium 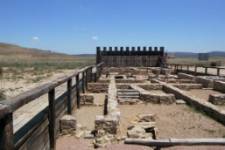 In the town of Santibañez de Vidriales, in Zamora, next to the City Hall, an Interpretation Centre of the Roman Camps has been set up. It provides information on the military organization of the Roman[...]