It has abundant rooms whose floor is provided to heat.

The villa, of the centuries I –IV, was discovered in 1970. Nowadays, a building has been constructed covering all what had already been excavated, and allowing exposing the structures of all the rooms and floors.

It is a villa formed by several rooms and almost all have a mosaic. It is significant the abundance of rooms, whose floor is prepared to heat, with hot air, the floor. It is the precedent of the classic ‘glorias’ (traditional heating system) of Castilla, then called 'hypocaust'. 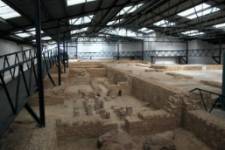 High resolution image. This link will open using lightbox, there may be a context switch
Villa Romana 'La Tejada' 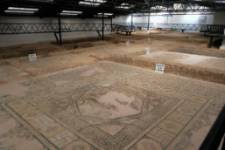