The strength which imposed

Walking around Otero de Cureño, the strength and firmness of this Castle Palace, home of the Alvarez Acebedo, known as ‘Casona de los Tovar’ stands out. Its first owner was the Mrs Maria de Ordas who was married to an Alvarez Acebedo in the XVII century and named it with its current name. With a Renaissance architecture, it was built in the middle of XV century. With a beautiful façade, we are talking about a house with a balcony keep and a round tower.

Testimony of their owners is given by the shields of Los Acebedo and Los Tovar. Both are still proudly displayed on the façade. The interior is typical of the trade of its owners, agriculture and livestock, being thus housing and stables, pens, bread store, pigeon loft… It is a solid construction that stands out for its size and dignity, as a reminder of the life of who lived there. 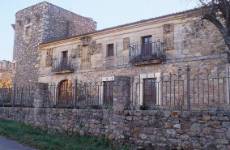 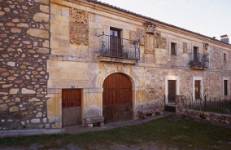