Route of the Arribes del Duero

Provinces of Salamanca and Zamora 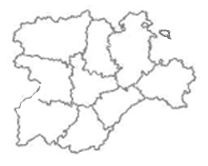 The Arribes del Duero geological gorge is an impressive natural area, comprising some 180 km of river canyons, and including 37 municipalities that belong to the provinces of Zamora and Salamanca. Hence,[...]

Route of the Arribes del Duero

The Arribes del Duero geological gorge is an impressive natural area, comprising some 180 km of river canyons, and including 37 municipalities that belong to the provinces of Zamora and Salamanca. Hence, the river flows forming a winding and capricious channel that, sometimes, reaches more than 200 meters high. These steep ravines descend to the Duero, at whose passage it creates a natural border with neighboring Portugal.

The territory occupied by Arribes del Duero has been listed as a "Special Protection Area for Birds" (ZEPA) since 1990.

This space enjoys a Mediterranean microclimate, which man has taken advantage of for his crops in the form of terraces, stepped terraces where the vineyard coexists with crops typical of Mediterranean climates such as olive, almond and other fruit trees. In addition to a natural area of singular beauty, Las Arribes is the cradle of an emerging wine region that includes eleven wineries, located between the provinces of Salamanca and Zamora and which obtained the Arribes Denomination of Origin in 2007. The vines are spread out on the sloping slopes that overlook the Douro stream, coinciding with the river bed. The singular contrast between the peneplain and the river canyons has generated a warmer microclimate in these, which has been used by man for the cultivation, through terraces, of species such as olive trees, vines, almonds and other fruit trees.

This route will help us discover great viewpoints; Eagles, Vultures, Egyptian Vultures and Black Storks that nest in the most rugged points of the granite walls and discover one of the most beautiful and spectacular waterfalls in the entire Peninsula: the Pozo de los Humos, in Pereña, where the water falls from more 50 meters.

In the area of Zamora these enclaves are essential: The Requejo Bridge or the Pino Bridge, in Pino del Oro, which constitutes the Arribes del Duero gate. The viewpoints of Villardiegua de la Ribera, Pinilla de Fermoselle, Fariza or Fermoselle. The Cassiterite extraction mine in Villadepera. The river cruise through the Arribes canyon from Miranda do Douro and Fermoselle, a beautiful town declared a Historic-Artistic Site that amazes us with its viewpoints, its artistic heritage, the park house, the hiking trails and the guided visits to the underground to see its wineries, as it is called "the town of 1,000 wineries" for a reason. 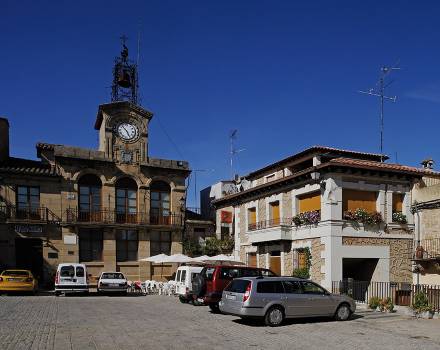 High resolution image. This link will open using lightbox, there may be a context switch
Fermoselle 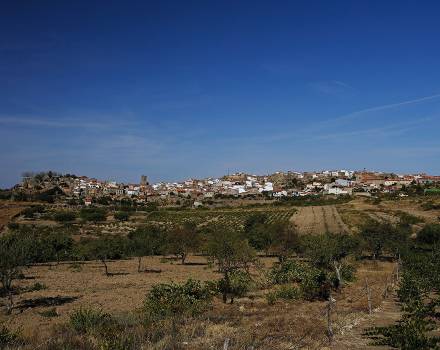