A place of prayer

The Mena Valley is a natural paradise in the north of Burgos, which treasures a large amount of natural and artistic resources. Villasana de Mena has had the title of Villa since the 12th century, granted by Alfonso VIII, at which time the shape of the curious farmhouse of the historic complex was configured, based on 3 long parallel streets and transversal alleys. Of these streets the central or Enmedio street stands out. In the thirteenth century the town passed to the domain of the Velasco, who walled it in and raised a tower to protect it from the Salazars; the other powerful family with whom they maintained constant disputes in this area.

In the heart of the historic complex is the Plaza de Santa Ana where two buildings linked to Don Sancho Ortiz de Matienzo, the most illustrious son of the town, stand out: his family house-palace and the Santa Ana convent, both from the end of the century XV and principles of the XVI and with the most outstanding Mudejar elements of the north of the province of Burgos. The convent was occupied by the Order of the Franciscan Conceptionists.

Other unique buildings stand out, such as the Church of Nuestra Señora de los Altices from the 19th century, with its precious Romanesque relief of the Adoration of the Magi. Finally, we point out the aforementioned Torre de los Velasco, a defensive construction ordered to be built, like others in the environment, by the famous noble family that gives it its name. 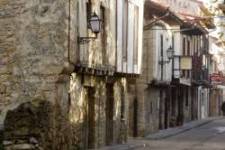 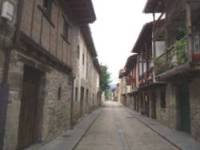 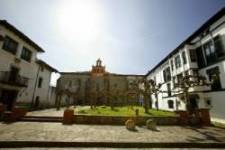 High resolution image. This link will open using lightbox, there may be a context switch
VILLASANA DE MENA

High resolution image. This link will open using lightbox, there may be a context switch
VILLASANA DE MENA