Built in the early nineteenth century on an old theater comedy

A provisional theatre, the former of the current Latorre Theatre, was built at the expense of the General Hospital. Building of Agustín Diez Tejada, of the first half of the XIX century, and was built on an old Corral de Comedias. The theatre Latorre is designed as a typical building of Elizabethan times, cultural testimony and the main spot in the cultural and recreational life of the people from Toro since its construction and to the present day.

It forms, along with the bullring adjoining, a monumental complex of great importance and it was dedicated to the famous actor born in Toro, Carlos Latorre. 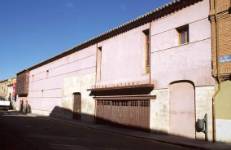 High resolution image. This link will open using lightbox, there may be a context switch
Teatro Latorre 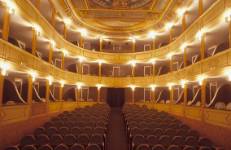