Made between 1,613-1,617. Plant with three naves with ambulatory, trascoro and without a cruise marked on the ground. Built by Fray Alberto de la Madre de Dios. The main altarpiece is Baroque and has carvings by Juan de Ávila.

The choir stalls along with the caisson of the sacristy were drawn by Juan Gómez de Mora.

The statue praying in bronze stands out for its solemnity, D. Cristóbal del Rojas and Sandoval, Archbishop of Sevilla, begun by Pompeo Leoni and finished by Juan de Arfe in line with the royal sculptures of the Escorial.

In the sacristy stands the table inlaid gift of Pope Paul V, as well as rich cloths and ornaments donated by the Duke, and various paintings of the time. 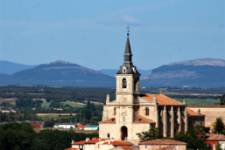 High resolution image. This link will open using lightbox, there may be a context switch
Colegiata de San Pedro 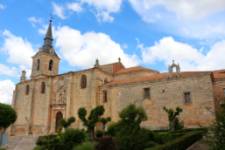