This temple, of ashlar masonry and masonry, but with parts of brick, has undergone several reforms over the centuries. Its origin may have been Mudejar Romanesque, with important interventions in the late fourteenth and early fifteenth centuries, from when the oldest part dates: the three naves separated by separate pointed brick arches. Also in the 15th century the old Romanesque head was clad, endowing the main apse with a faceted structure in which a beautiful opening with openwork latticework opens. Also in the lateral apses curious pointed openings were opened.

Another important reform took place in the 18th century, during which the wooden covers were replaced by baroque lunet vaults decorated with plasterwork, and the belfry was built.

The ornamental use of brick in the Gothic doorways stands out. 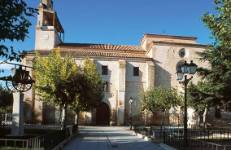 High resolution image. This link will open using lightbox, there may be a context switch
Iglesia de Santa María 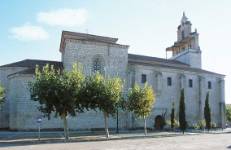