The sepulchres of prince Don Felipe, the son of Fernando III El Santo (the Saint) and his wife, Doña Leonor Ruiz de Castro, one of the best examples of Castilian Gothic sculpture, accompanied by the sepulchre of a knight of the Order of Santiago. All of them conserve rests of paint and give information about the linage, the clothes and the customs of the 13th century. Alfonso X El Sabio (The Wise) dedicated many parts of his Cantigas to the Virgen Blanca (a sitting image), which can be admired inside the church. 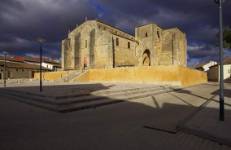 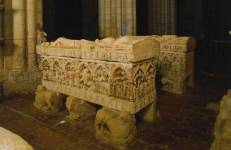