Classic Jesuit style: austere exterior, Latin cross ground plan with a single nave and lateral chapels. A tower was erected in 1799 on the northwest side of the facade.

Before the Jesuits were expelled from the country in 1767, this was the seminar's church. Upon the expulsion, it became the parish church of Santiago. Three altarpieces, the central one made in the workshop of Pedro de la Cuadra and the two twin altarpieces of the transept by Francisco Palenzuela. On the Gospel side there are two praying statues of the founders. 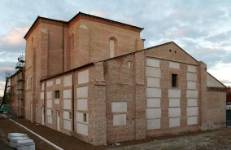 High resolution image. This link will open using lightbox, there may be a context switch
Iglesia de Santiago el Real 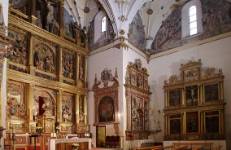