The oldest church in the province, it has different influences: arabic, carolingian, lombard, and visigoth

No documents have been preserved in connection with the building of the church, which took place in the 10th century. In 1311 the bishop of Astorga donated the church to the monastery of San Pedro de Montes. The documents of the church were transferred to the archives of the monastery, which were destroyed by a fire.

The main nave is linked to the apse by means of a horseshoe, double-ringed arch of triumph and this is the first double arch in the Spanish architecture of the middle ages. It is also one of the oldest buildings in the world. A concrete vault covers the apse, the only sample of this solution in Mozarabic architecture. In the late 17th century the nave top was lowered by means of a Moorish coffered ceiling. The belfry was erected and a door added and, finally, the sacristy was added in the 19th century. 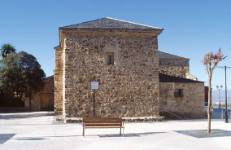 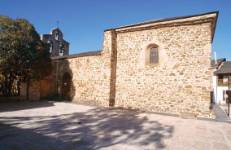 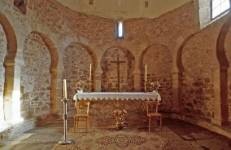