Its origin lies in the document written in Medina del Campo and dated July 29, 1461, by which King M. Enrique gave permission to M. Diego de Medrano to build this fortified house. Later, under the protection of M. Francisco de Medrano, was founded in the XVI century a Dominican convent, giving home and plantation for their establishment.

This is a solid square courtyard house, defended with a barrier, part of which still remains, crenels on its walls and round towers at three of its corners, which still retain the gargoyles carved in stone and tubes of artillery pieces of XV century. Above the door is the coat of arms of Los Medrano. The church has Latin cross floor and a nave with tiercerons, a large dome and a beautiful portal. A classic polychrome choir under which there is a baptismal font of medieval times remains. Currently the Casa Fuerte San Gregorio has been restored and adapted to hold events and weddings. It also has two rural houses. 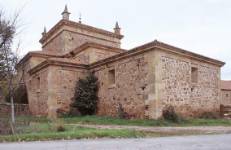 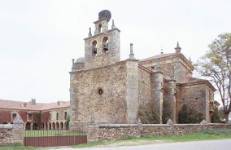 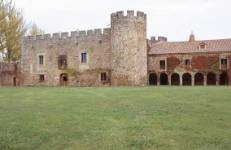