Hermitage of the Humilladero (Sequeros)

Located on the outskirts of the town and also known as the hermitage of Cristo de las Batallas, it may have originated in the 15th century, although due to its poor condition two centuries later reforms had to be made. The architecture is ashlar masonry and masonry, which is limited to a square plan plus a porch whose roof rests on Tuscan monolithic columns.

Inside stands out a Mudejar armor that is in poor condition and an altarpiece from the early seventeenth century. 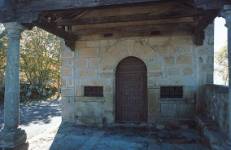 High resolution image. This link will open using lightbox, there may be a context switch
Ermita del Humilladero 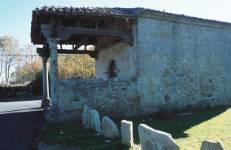