The building has preserved a small part of what was once the late 7th-century visigoth shrine, what is now the east end of the church.

Outdoor: two friezes on the arms of the transept and three in the apse show bas-reliefs of plant motifs (interwoven vines, bunches of grapes, leaves...), animal motifs and geometric motifs influenced by the Orient with inscriptions as of yet not deciphered. Inside: highlights include the triumphal Visigoth arch decorated with similar reliefs to those in the apse. 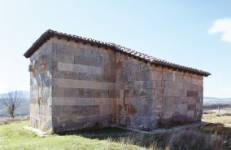 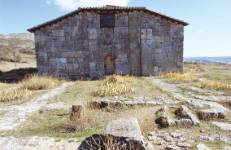