12th-century building, the remains of the former monastery that gave its name to the setting. It has a central tower in two sections and three large blind arches around the apse.

Inside highlights include the cupola on top of scallops and two covered aedicules on either side of the nave. On top of the shrine there are remains of the 10th-century castle that later became the Velascos’ house. 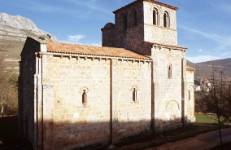 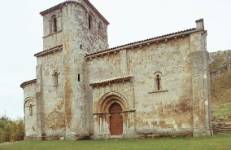