16th-century gothic-renaissance church featuring an altarpiece by Ruiz de Zumeta. The plant is of three naves, divided by four arches gussets on fluted columns topped with Ionic capitals, with polygonal chevet, whose vault is lost. To both sides are attached two sacristies, built in the middle of the XVII century. 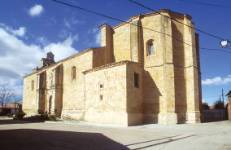 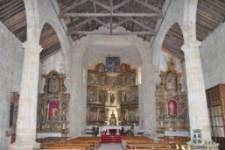