Gothic and Renaissance building built during the XVI century, the header was built in the first style, later, the Renaissance naves, to which the Mudejar style was also joined when it was covered with wooden coffered ceilings. It was built with rammed earth, brick and stone, the church has three naves separated by large semicircular arches on thick Doric columns. 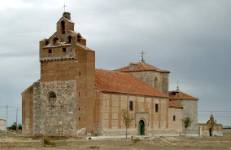 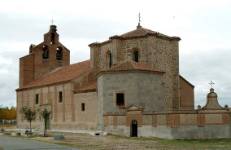