This church, declared a historical-artistic monument in 1981, shows a body of ships from the 13th century, individualized by large brick arches in the Gothic-Mudejar style. Reforms of the 16th and 17th centuries affected the main chapel and the transept, as well as the Gospel chapel, covered with a Gothic ribbed vault. The chapels of the collateral naves have beautiful coffered ceilings with muqarnas and fringed pendentives, the armor of the central nave being simpler.

Outside, it has a portico with Ionic columns from the 16th century. 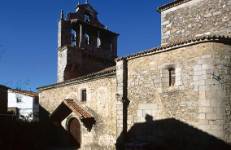 High resolution image. This link will open using lightbox, there may be a context switch
Iglesia parroquial de San Martín 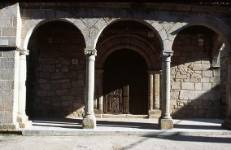 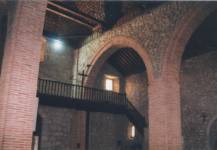 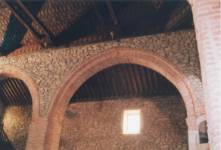 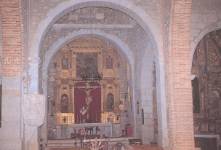 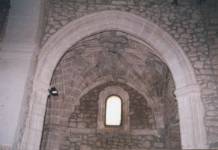