It is a Gothic building from the XVI century with a nave, which is divided into three sections, with ribbed vault with tiercerons, countered by buttresses. The main chapel has starry vault and a pointed triumphal arch. It has high choir at the foot. The door is in semicircular arch at the foot with nails and antique iron fittings. There is another door in semicircular arch at the side where the book of the epistles is.

It has a tower of stone, of three sections in the header. The altar has the Renaissance choir chairs. The jewel of the temple is a Gothic silver cross, which was built by Pedro de Ribadeo in the first quarter of the XVI century. 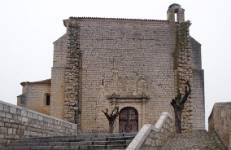 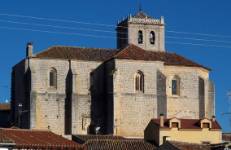