The church dates from the second half of the 12th century, although at this time it is only the main chapel, topped by a semicircular apse preceded by a straight presbytery section. Its exterior decoration stands out, with slender columns topped by vegetable capitals under an eaves held by corbels. In the central cloth of the apse, at low height, a small rose window with openwork latticework opens up, denoting the influence of the Romanesque zamorano. The nave belonged to the 16th century, divided by diaphragm arches that support a modern roof; The semi-circular arched door and the baptistery also belong to this century. 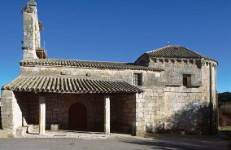 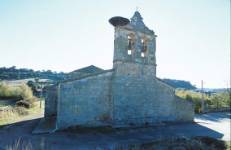