Gothic church of the 13th century, reformed between the 16th and 18th centuries. Made of regular stone blocks, with three naves separated by pillars, arris and simple groin vaults. The faced was made under the Catholic Monarchs. Sepulchres with the praying figures of the Acuña family, the lords of the village.

Oakwood pews and a 13th-century crucifix, altarpiece with 15th-century paintings and a sculpture of San Isidro Labrador by Gregorio Fernández. 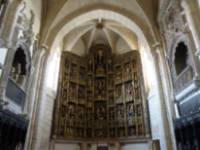 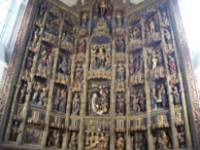