The Shrine of Nuestra Señora de Tiedra Vieja is perched on a hilltop that was the original site of this town and has been declared an Archaeological Asset of Cultural Interest. The temple, which has been rebuilt several times, is in the Baroque style, with a nave covered by a barrel vault and decorated with plasterwork. The alcove is exquisitely decorated with elaborate Baroque elements. The covered entrance leads into a courtyard where the guest quarters were located, much of which is still standing. Countless photographs and votive offerings dating back to the 19th century have been conserved, as well as an organ that was originally found in the Monastery of La Santa Espina. 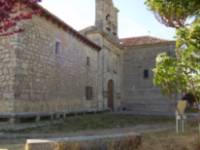 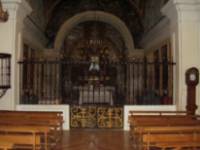