Fabulantis is the Interpretation Center of the Four Villas aimed at the imagination and creativity addressed under the theme of the Comic, which allows you to live an experience full of possibilities. In the first room and as the beginning of the visit, the main characteristics of the comic are described This can be reinforced by spending time reading the copies available at the Center. This is followed by the section dedicated to Ángel Pardo, the cartoonist who drew the most Captain Thunder notebooks, who lived and ended his days in the town of Villadiego. From here two possibilities arise in terms of the order of visit.

One of them is to go to the center section where through interactive screens you work on coloring, the description of vignettes and the characterization of the characters from the expressions, or a second option, which would be to go to the classroom of work in which you can do different activities such as drawing, painting or dressing up. In addition, it is possible to use the didactic backpacks, available to both parents and teachers, in which seven "Adventures" are described (providing the necessary material for their realization), through which aspects such as clothing are worked on. the Middle Ages, the design of coats of arms, the making of a comic ... This room also has a monitor where everyone designs their own "Superhero".

Whatever the itinerary chosen, it continues in the room of the "Applausometer" in which with the format of the comic as the basis, it offers the possibility of being the directors of a small projection, and how can that be possible? Well, the story will be projected in fragments, after which two ways of continuing the script will be proposed, the option that receives the most applause will be the one chosen. And as the end point of the visit at the "Comic-Matón" Fabulantis souvenir photos can be taken with the possibility of being sent by e-mail, in which visitors will become protagonists of an original vignette. 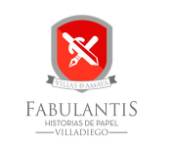 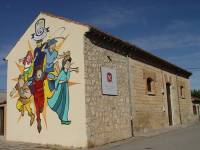 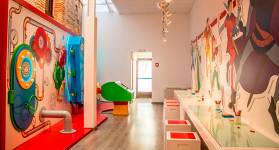 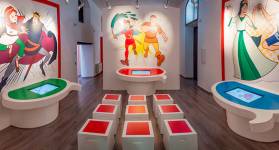 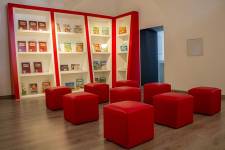 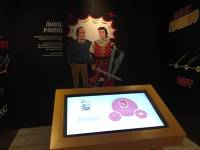