The settings for the adventures and misfortunes of Don Quixote and Sancho Panza takes us to the regions of Sanabria and La Carballeda, where, after half a century of study, researcher Leandro Rodríguez claims to have discovered the home of the famous Miguel de Cervantes and the place where he could have written much of his work The Ingenious Gentleman Don Quixote of La Mancha, the finest masterpiece of Spanish literature.

According to Leandro, the Miguel de Cervantes Saavedra who wrote "Don Quixote" was born in 1549 into a family of Jewish converts of the many settled in San Salvador land. Miguel de Cervantes was not born in Alcalá de Henares, but in the village that bears his same name located in Sanabria and La Mancha that he describes is none other than his native land.

There is a route, signposted to be done by car and on foot, that goes through the theoretical paths of Don Quixote through Sanabria and Carballeda, a route that will take you to places as beautiful as El Lago, the Cascades of Sotillo, Santa Colomba, Cervantes, Muelas de los Caballeros and you can see them with another look. 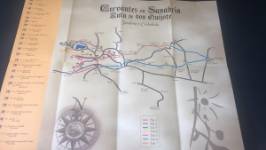 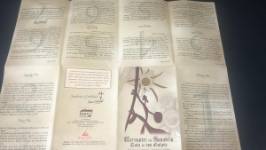 High resolution image. This link will open using lightbox, there may be a context switch
Cervantes - Don Quijote 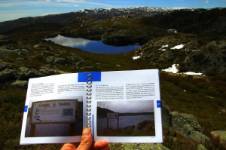