A wealth of landscapes

The route recovered from Vía Verde del Esla goes from Valencia de Don Juan to Castrofuerte, both of which are in the province of León.

Today the route brings back memories of the arrival of the popular ‘Tren Burra’ which reached these provinces, although it had to go through up to twenty towns. The idea of recovering the old train's entire track could be elaborated on, although part of the track has now become part of the landscape, a landscape dominated by vegetation, typical of the areas surrounding the river Esla, which will keep the track-walker company among large patches of cereal crops. 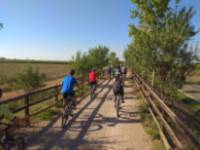 High resolution image. This link will open using lightbox, there may be a context switch
Vía Verde del Esla 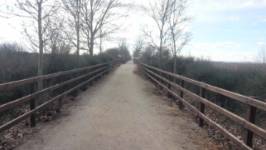