Route of the Mudéjar Craftsmanship in the Vía de la Plata

Provinces of León and Zamora

Castilla y León stands out for being the Autonomous Community that concentrates the largest number of roof trusses, and the south of the province of León has an unequaled wealth in coffered ceilings. The[...]

Route of the Mudéjar Craftsmanship in the Vía de la Plata

Castilla y León stands out for being the Autonomous Community that concentrates the largest number of roof trusses, and the south of the province of León has an unequaled wealth in coffered ceilings. The unknown Mudéjar jewels distributed throughout the west of León, in turn structured by that Hispanic communication corridor that is the Vía de la Plata, is the leitmotif of this initiative that was born under the cover of a patronage campaign to restore the coffered ceiling of the church of Santiago in Valcabado del Páramo. A project that has shown the institutions that the small and unknown heritage can have that dynamic element that inland cultural tourism requires.
A total of thirteen Mudéjar pieces, each with its own register, each with its personal intrahistory, decorate this Mudéjar route that is structured around the Vía de la Plata, crossing the north of the province of Zamora and the west of the Province of León.
There is no doubt, therefore, that the Hispanic Middle Ages is clearly influenced by the material and immaterial culture of al-Andalus. Their tastes and customs decorate a landscape of coexistence that eventually continues to this day under the protection of a clearly Hispanic-Muslim marriage. And all this is channeled through this route and with it the exhibition "Carpentry to build on the Vía de la Plata", a contribution from the Junta de Castilla y León to the project. A didactic tour through the singularities of our coffered ceilings, culminating in a video that advocates for awareness and appreciation of the heritage of that Nasrid art that, contributing to the development of Mudéjar art, today shines in our Leonese skies.
The polychrome lacework acquires its maximum expression with promotional contributions such as that made by Juan González de Zamora, canon of the Cathedral of León, to the armor of Santa Colomba de la Vega (jewel in the crown of this route; with its domed appearance, symbolically creating a celestial vault); whose heraldic shield appears on one of the skirt of the piece. The lasso wheels that decorate the presbyteries of Azares del Páramo and Mayre de Castroponce are not far behind.

Specifically, in the case of Azares, there is a review, on its eastern skirt, in which there is a crescent crescent and under it a compass and a ruler. Elements that, in that order, could have to do with the ancestry of its author and with the identifying emblem of the builder's guild. We should add to this crucible the armor of Lordemanos and Saludes de Castroponce, with a rich ornamentation based on polychromes of Gothic tradition concentrated in individual presbyteries. Neither the Renaissance-style coffered ceilings, inspired by the Chapter House of the Hostal de San Marcos, -such as those of Alija del Infantado and Valcabado-, are minor pieces.

The Leonese part of this route is closed by the Riego de la Vega and San Félix de la Vega trusses, specifying in the first a well-adjusted lacework in its portico, and a Renaissance style in the second whose sober network of squares concentrated in the almizate, announce the decline of these decorative solutions to give way to the prevailing fashion brought by the baroque. An outstanding example of this is the case of the Church of Santa María in La Bañeza.

The visitor can now see some exceptional Baroque plaster and lime vaults, but it is still curious that behind them hides an armor that still lasts, similar in design to that of Alija and Valcabado. And now, finally, in the Zamora part of the route, the armor of San Cristóbal de Entreviñas takes on special interest, with a wall decorated with hexagonal coffering clearly inspired by the Italian Renaissance; or the eight-pointed lasso wheels decorating the almizate of the Villanueva del Azogue armor, in which the skill and ingenuity of the carpenter is shown to meet a conditioned design; And what to say about that harmonious celestial vault that is recreated in the main chapel of Santa Colomba de las Carabias, in which eight clusters of muqarnas on which the stars that are concentrated in the gold leaf stand out eight cloths of the cupola. 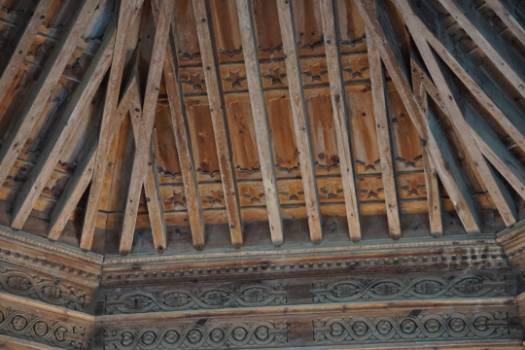 High resolution image. This link will open using lightbox, there may be a context switch
artesonado Valcabado 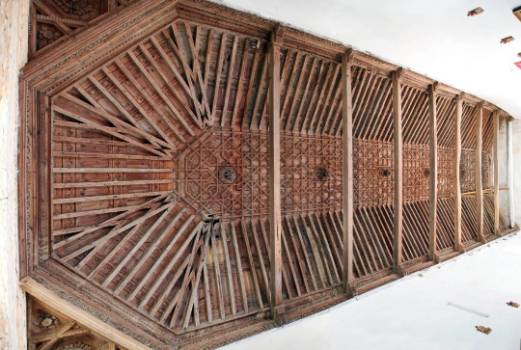 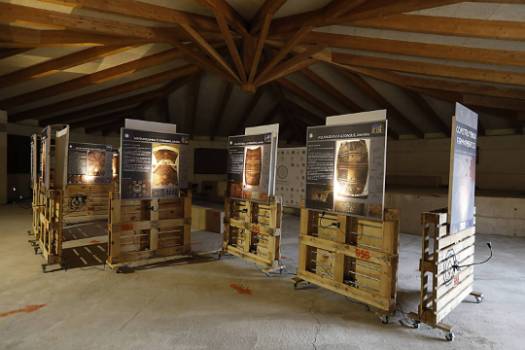 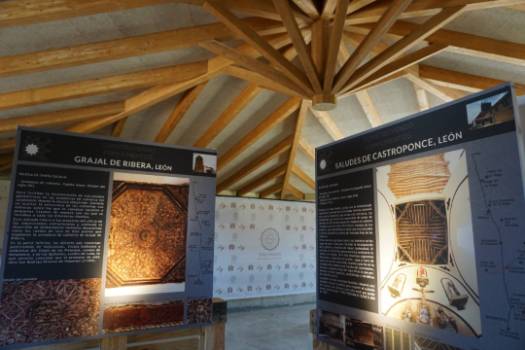 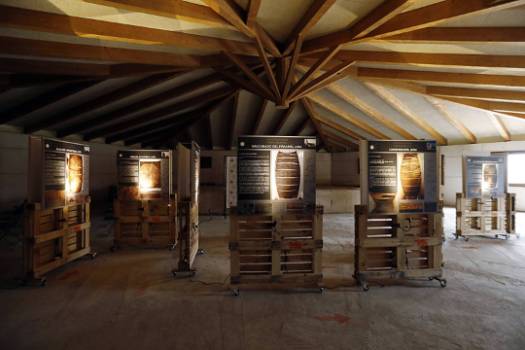 High resolution image. This link will open using lightbox, there may be a context switch
detalle Iglesia Azares del Páramo 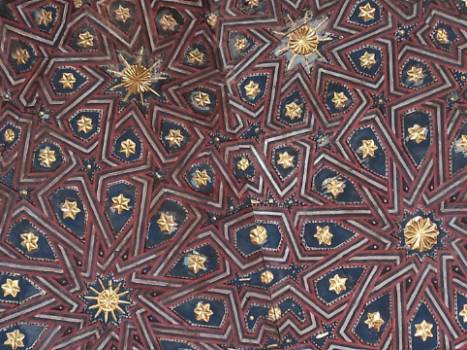 High resolution image. This link will open using lightbox, there may be a context switch
Iglesia de Azares del Páramo 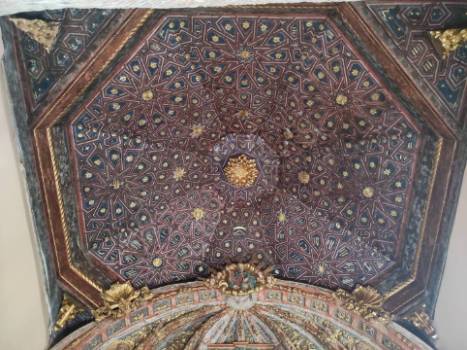