Church and cloister full of history and prayers.

We have a monastery whose origins go back at the beginning of the XII century, to the year 1150, with origin in a church dedicated to Santa Maria de la Vega. It is at the end of the century when finally the Canons of San Agustin settled and built the church and the convent, of which the remains of five arches in the cloister are preserved, semicircular arches that form an arcade of paired columns.

In its sculpture, 16 capitals with hunting scenes, dancing, animals and vegetables highlight. Many of its treasures have been lost or are not in their place of origin, but it is still a beautiful set that even been taken over, retains its greatness, wealth, height and singular beauty. 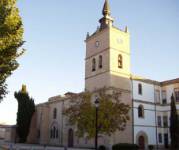