This temple, of Mudejar Romanesque style was built in the XII century. The church has a single nave and it is established on rock. In the chevet, a semicircular apse and a presbytery of two sections are observable. The nave and the chevet are decorated with simple blind bell arches, and boxes. The friezes of the diagonal bricks break the verticality of the arcades.

'El Real' which makes part of the name of this church, seems to be due to the majestic Gothic tomb of the bastard descendants of Peter the Cruel, the Castilla-Fonseca. Inside, there is also a XV century altarpiece, by Fernando Gallegos, a Moorish XVI century polychrome choir, a carving of the Virgin of Guadalupe, known as the Virgin of the ears and remains of paintings in the apse. 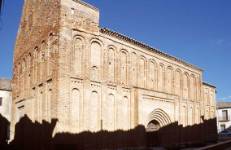 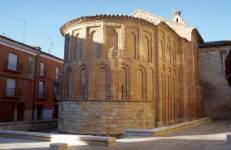