Palace of the Duques de Bejar

Its origins as Castle were linked to the construction of the walls, although diminished in the XIX century. It still today retains some square and round towers and part of the perimeter. The primitive castle had rectangular floor with towers at the corners and the references to it are dated at the end of the XIII century.

Inaugurated on January 6, 2011, the Camera Obscura is an optical instrument that moves the images in real time from outside to a space totally devoid of light inside. In its center stands a surface on which the images are projected. At the top of the tower it is installed a device made of a biconvex lens of high magnification with possibility of being rotated manually from inside 360 degrees horizontally. The beams that form the external image are captured by the lens and projected inside. Visitors, in total darkness around the inner surface of projection, in this case convex and circular to eliminate visual impairment caused by the lens, can walk through Bejar and its surroundings by the hand of the person responsible, knowing the ins and outs of the places captured by the lens. It is a walk through Bejar without leaving the tower. 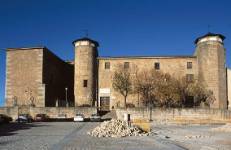 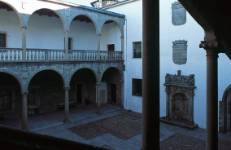