Ruins of the Sanctuary of Nuestra Señora del Valle

The link between our sanctuary and the Franciscans dates back to the beginning of the XV century. The oldest part of its factory corresponds to the head of the temple, which must have been built from the 14th century. To this original nucleus was added in the 18th century a wide nave with five sections covered with a barrel vault and lunettes, today totally lost. Towards Westeros the main façade was also built in this century, flanked on its left by a slender tower crowned with a spire and the entrance to the monastery, undoubtedly the best preserved today of the whole complex.

Historically considered the main spiritual temple of the Santa María Valley, the convent quickly fell apart, although its church remained for long years, preserving some remains today. Apparently, it served as a pantheon for the first counts of Benavente. In 1963, before the threat of ruin, the three funeral urns of the members of the Pimentel lineage were transferred to the Museum of the Roads of Astorga. In the early 1970s, the Moorish armor covering the presbytery was removed. The piece was purchased by the Ministry of Information and Tourism from the bishopric of Astorga and installed in the Torreón del Caracol de Benavente. Thus, it served as the last decoration for the new Parador de Turismo. 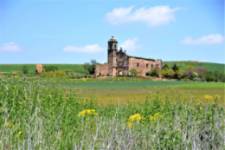 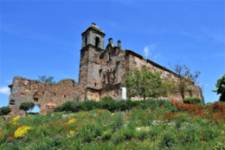 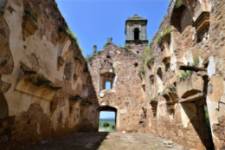 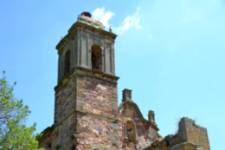